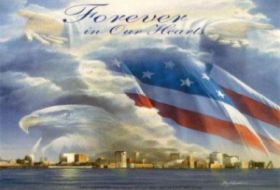 So Mr. Bernstein, a member of the so-called '4th Estate,' has written another book critical and accusatory of another President. Oh, wait, a Republican president! Those of us who've been out of diapers (not talking about face diapers, but I digress) for a while may remember Mr. Bernstein's and Mr. Woodward's book exposing then President Nixon and the watergate scandal. Then President Nixon was guilty of (gasp) spying on the opposition party! No one is faulting the two reporters for exposing President Nixon's misdeed. It was then and still, by the way, illegal. Since Mr. Bernstein has not written a 'tell-all' book about any Democratic president, they must all be 'pure as the driven snow.' If you believe that I have 'some seaside property in Arizona for sale, cheap.'

One of those Democratic presidents was accused of having sex with an intern, under his authority. This also was, and is, a criminal offense, as many bosses, doctors, and teachers will explain, some from a jail cell, others who labor in jobs not in their field because they were fired. But the president of the United States was not charged with that offense, he was only impeached for 'lying to Congress.' Tsk, tsk. And then he went on to be re-elected to a second term.

Mr. Clinton was followed by eight years of Republicans in the Oval Office. The country rocked along, doing pretty well. Except for a major disaster costing many lives. That date, this very day, will forever bring to mind a sight to break any heart not hardened by evil, which pulled us into several unresolved wars overseas.
Then the naive American electorate elected a supposed 'first' black Democratic president. Eligible? Still an open question, in my book. And things didn't rock along so good for the U. S. for the next eight years. U. S. jobs were moved overseas. Unemployment skyrocketed, the economy went the other direction. Respect for America plummeted overseas, and couldn't even be purchased back, though that wasn't really the purpose of the sale of millions of dollars worth of our uranium to Russia. Greed on both sides was the motive. And pallets of millions of U. S. dollars didn't buy peace in the Middle East. Though neither was peace its purpose either. Those actions and many more, including an illegal email server in the closet of the Secretary of State, the deaths of brave Marines and an Ambassador defending a U. S. Embassy, marred those 'historic' years. Indications are that all of these actions were known of and condoned by the occupant of the Oval Office. And more that is only now being discovered.
Finally, it seemed U. S. voters had begun to wake up. Millionaire Donald J. Trump decided to throw his hat in the ring for President, to the hilarity of most of the media and those who purport to know what is best for the country. But ordinary Americans thought differently and marched to the polls to say so. The hilarity of the media, those scions of objective reporting, turned to tears of disbelief. Thus displaying to the world that we have no famously dubbed '4th Estate' to tell us factual news.
Lines for this upcoming election are even more clearly drawn, in fire, looting, murder, disdain for law and order, and general violence just because they are paid to commit violence, 'for the cause.' The cause being President Trump's defeat by a laughable, if it wasn't so pathetic, candidate who is clearly unable to serve. The violence is denied in spite of months of its display, called a 'myth' by a top Democrat and cheered on and encouraged by Democrats and their syncophants, the media and many celebrities.
The media are most willing to claim the designation given in the last paragraph of the section below this. Too bad the population signals their disagreement to that description by having so little confidence in their reporting. Probably barely two digit's worth by now.
(FWIW)For what it's worth
Origins of Fourth Estate

The term "fourth estate" is often attributed to British politician Edmund Burke. Thomas Carlyle, in "Heroes and Hero-Worship in History," writes:
The fourth estate refers to the watchdog role of the press, one that is important to a functioning democracy.
Burke said that there were three Estates in Parliament, but in the Reporters' Gallery yonder, there sat a fourth Estate more important far than them all.
The Oxford English Dictionary attributes the term fourth estate to Lord Brougham in 1823. Others attributed it to English essayist William Hazlitt.
In England, the three estates preceding the fourth estate were the king, the clergy and the commoners.
In the United States, the term fourth estate is sometimes used to place the press alongside the three branches of government: legislative, executive and judicial.